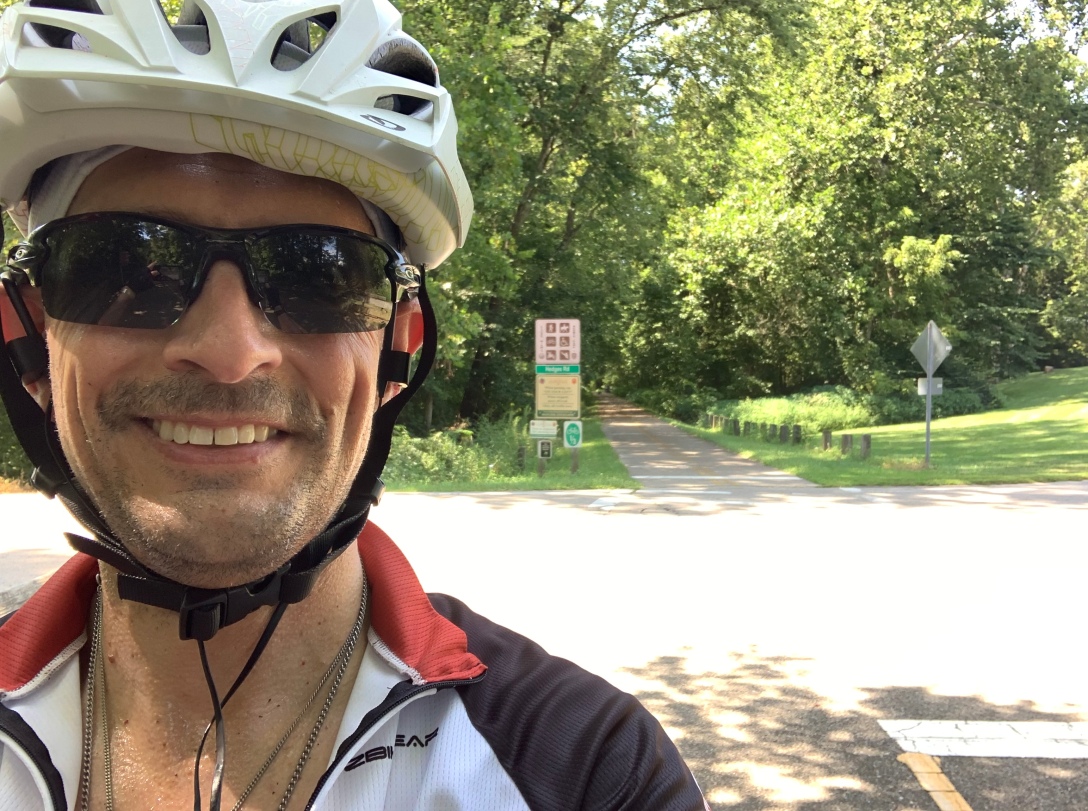 I had a spectacular night of sleep last night and woke up ready to go. After morning prayer, I packed up, did my pre-ride ritual of slathering on sunblock and chamois cream. Father took me back to Milford where I was reunited with my bike.

I did not have breakfast before leaving the rectory. I looked on my way through Milford, but no options presented themselves. So I decided to head about 10 miles north to Loveland in search of calories.

The Loveland trailhead is probably the nicest of the trailheads along the Little Miami. There are several restaurants, a park, and shops nearby. Mr. Redlegs is a new addition – I don’t remember seeing him here before.

I made a lap around the block(s) near the trailhead and none of the restaurants in the area seemed to have breakfast options. So I went a little ways off the trail and found a Dunkin’ Donuts. A bagel and egg sandwich hit the spot and gave me a good start for the day. 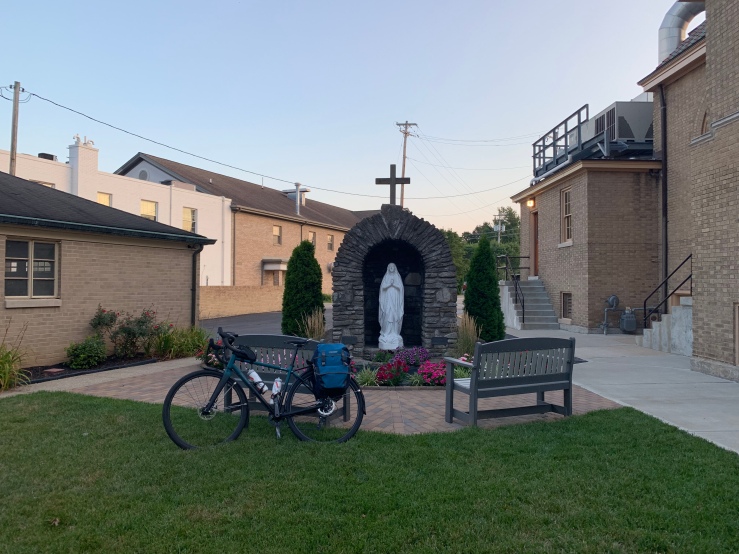 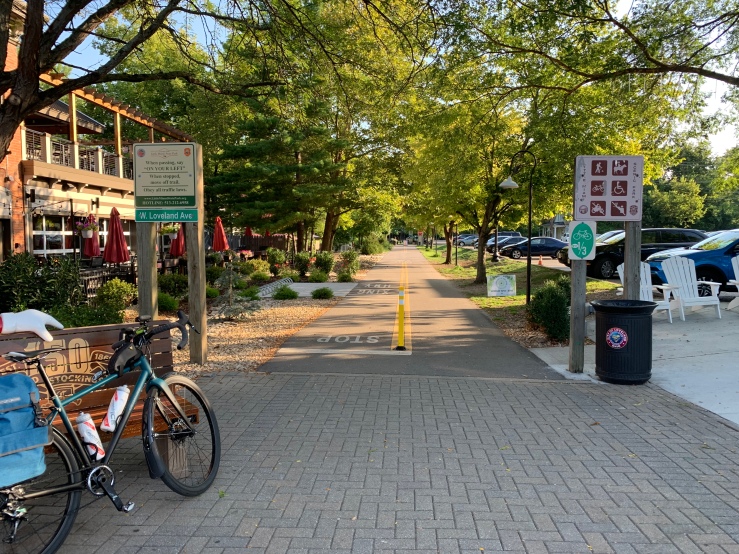 My legs were still pretty sleepy today. I think the miles have caught up with me a little. I decided for a high cadence spin at lower speed, which seemed to help get things going.

The Little Miami trail is completely off road, traveling through a tree lined canopy for most of its length. I decided this morning that I would do something that I very rarely do: listen to music while I ride. I never do that when I’m out on the road so that I can hear traffic. But today seemed like a good opportunity to break the silence. I was originally going to listen to an audio book, but decided that I would put on some upbeat music to start. I started by listening to “Fake Nudes: Naked”. I downloaded this acoustic album a few weeks ago. I did a little sing-along as I went, not paying any attention to those who I passed by – hopefully they enjoyed my singing. 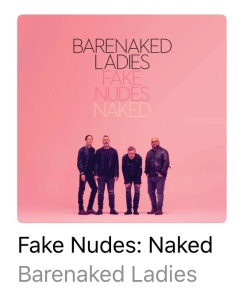 Heading north from Loveland, you eventually come across the Peterson Cartridge Factory. This is an old munitions plant. The tall tower on the right is an old “shot tower”. Molten lead would be poured down in drips, which would make lead shot as it cooled on the way down. The factory has had a few different purposes over time, but has long-since been abandoned. A major abatement effort over the last few years has cleaned up the industrial contamination. I saw a sign that a new craft brewery is going in someplace on the campus, so they must be trying to give it the next chapter of life. 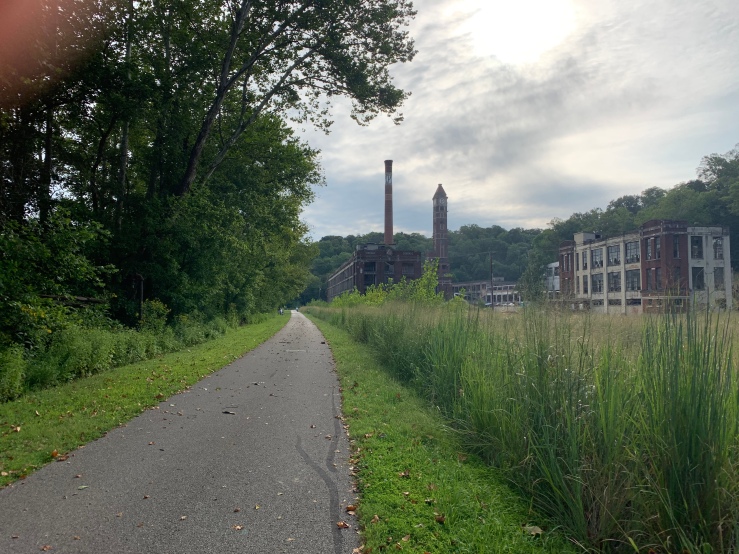 Most of the rest of my day looked like this:

When I arrived in Morrow, I pulled over to take a short break and use the bathroom. I met these two guys under the picnic shelter there. We talked for a few minutes and their smiles lit up my morning. They were mid ride and shooting for about 30 miles today.

On the way out of town, I grabbed a few pictures of the caboose and the bridge. 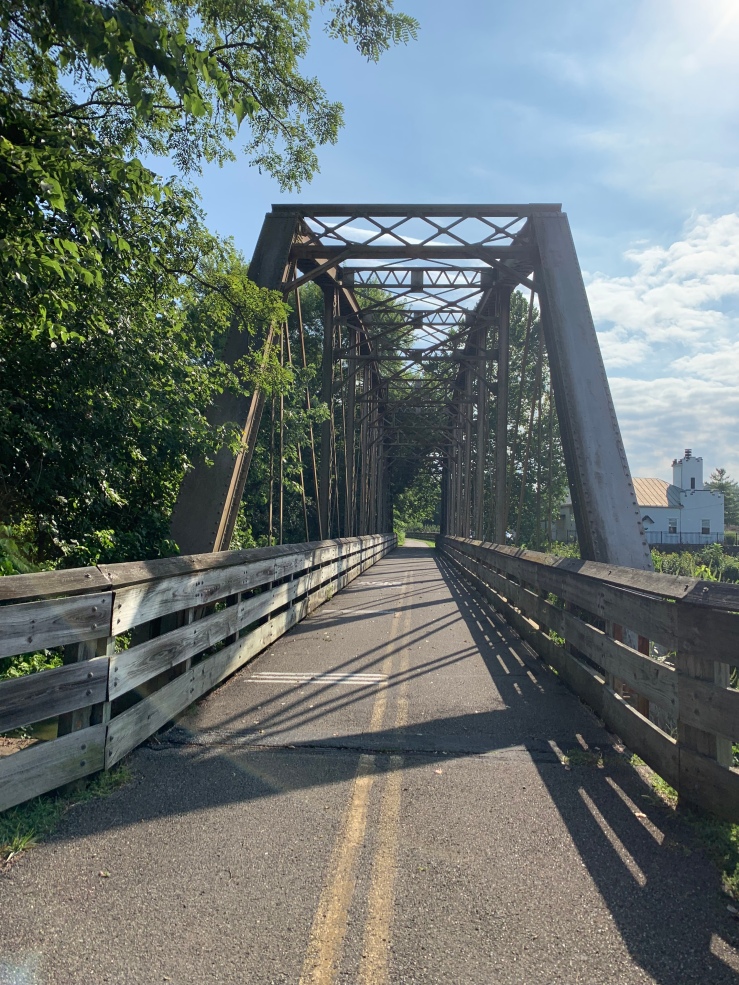 Still listening to music. I think about this time I had Siri randomly playing rock from my library and “Free Ride” by Edgar Winters was on. Again, it was a sing along. Loudly. It helps the miles pass, really.

Around 50 miles into today’s ride I arrived at Xenia Station. The Little Miami trail ends here. This is the intersection of several major rail-trails. Xenia is a medium sized town with chain restaurants and stores. My stomach was feeling rocky again, so I looked and found that there was a Walgreens just a mile or so away. I went and found some medicine and then returned to the trail. 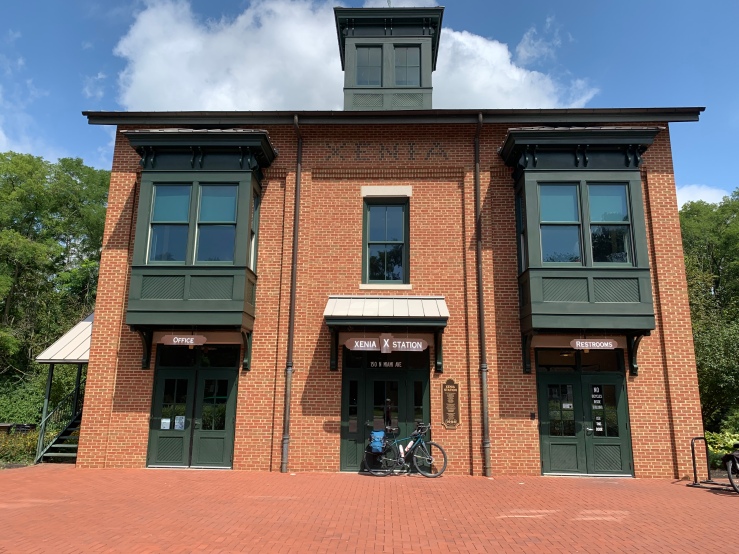 My home for tonight is in Cedarville – about 8 more miles away from Xenia. I picked up the Prairie Grass Trail heading north east. About this time, the sun was getting hot and this part of the trail has very little shade.

I picked up the pace a little bit. About this time Queen’s Bohemian Rhapsody came on the play list.

This old caboose welcomes you into Cedarville.

I arrived at the Hearthstone Inn right on the trail. I’ve stayed here twice before. It is an independent hotel. The owners are really nice and keep the place very clean. 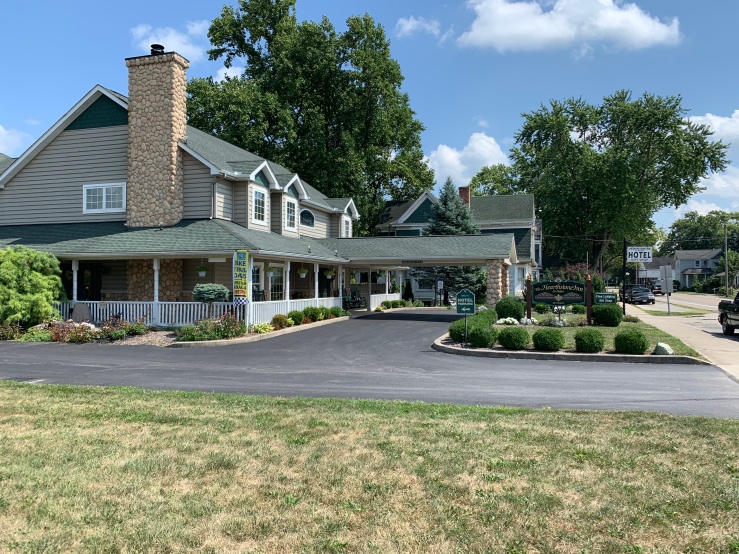 After a long shower, I went in search of food. Earlier in the day, I was thinking that the one thing that sounded good was spaghetti with sauce. I walked into a small diner down the road and there on the menu was exactly what I wanted! A grilled chicken breast on top for protein, a good salad, and I was a very happy guy.

After dinner, I wandered around town before returning to the hotel.

Overall, a decent day of riding. I’m starting to get some saddle sores, but otherwise feeling pretty good. 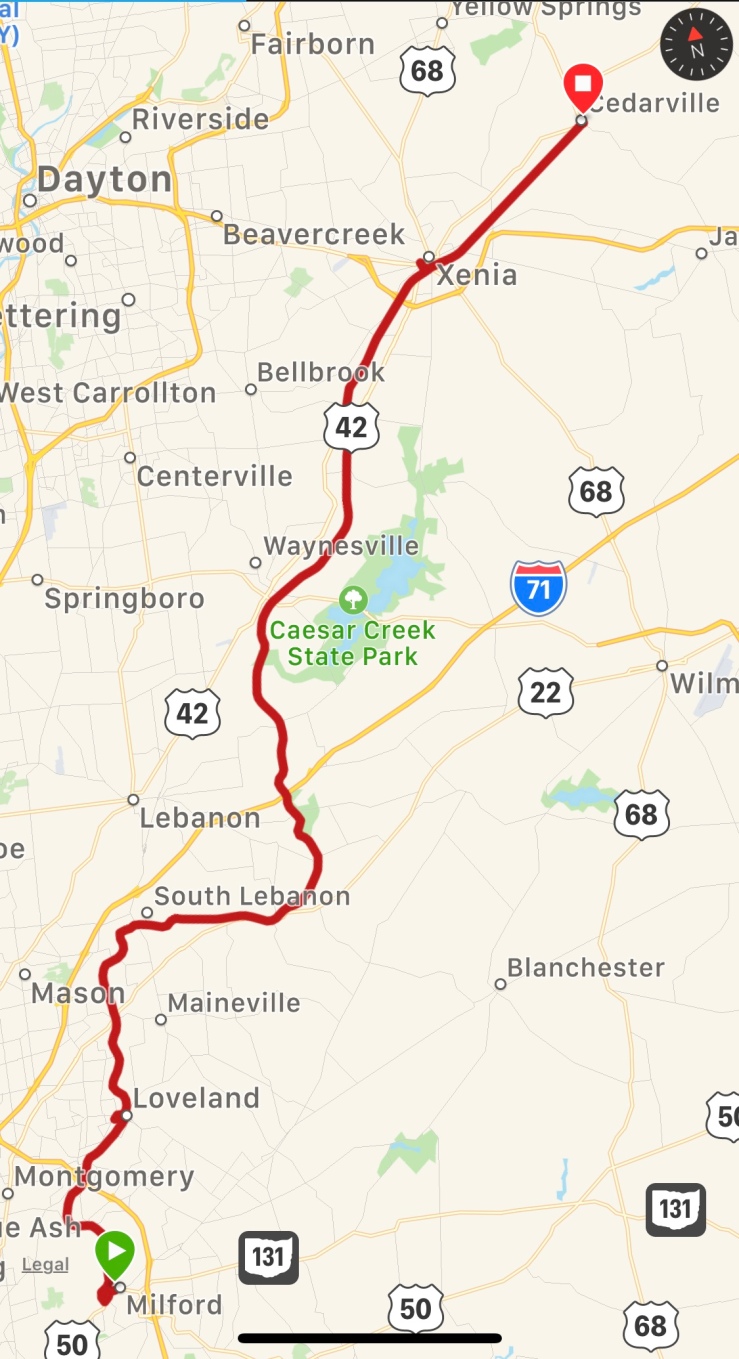 Tomorrow I will head through Columbus and stop just north east of the city for the night. The weather looks to be a bit cooler, with a 30% chance of storms mid morning. I’ll keep the raincoat handy!

St. Dymphna, pray for us.

View all posts by mcoriale